At the end of February, Slaughter Associates began sending regular email communications regarding the COVID-19 pandemic and its impact on economies and investment strategies. We also constructed a resource page on our website that houses relevant web links and these twice-weekly emails. At this stage, the world and corresponding markets have somewhat adjusted to the current environment, and governments are now positioning themselves for the reopening of everyday businesses.

With this leveling off of rapid changes, we, too, are planning to adjust our communication strategy. Beginning next week, instead of providing two email updates, we will shift to a single communication that provides a comprehensive review of the week’s events each Friday. Of course, if something occurs over a weekend or at the start of a week that warrants more immediate notification, we will respond accordingly.

COVID-19: Impact on unemployment and its relation to economic recovery

Since the middle of March, we have seen unprecedented numbers of unemployment claims in the United States as a result of COVID-19. Over that period, seasonally adjusted initial claims have risen to 33.5 million, or about 21% of the labor force (see charts below). By comparison, a continuation of the rate just prior to the crisis – roughly 200,000 per week – would have resulted in about 1.4 million claims during this same period.

On a positive note, initial claims have declined each week since the beginning of April.

While these numbers are shocking, there are some key points to keep in mind. First, the government has allowed contractors and self-employed people to apply for unemployment for the first time, increasing the pool of workers eligible to apply for these benefits.

Second, the additional $600 per week being added to unemployment checks as a provision of the CARES Act provides added incentive for people to apply or remain on the benefit as it may be more than a paycheck they could earn at another job.

Finally, the industries hardest hit by the economic shutdown – hotels, entertainment, restaurants, retail, and transportation – represent about 20% of payroll jobs and about 19% of our GDP. However, these industries only contribute about 7% to the S&P 500’s 2019 operating earnings. This tells us that while these industries may produce many more job losses that show up in the unemployment numbers, they have less impact on stock returns than you might think.

Perhaps more impactful to the overall economy is the fact that people who lose their jobs spend and consume less, causing a negative ripple effect across the board. We should also keep in mind the human and psychological cost of this virus on our population — effects that will likely be felt for years.

The April unemployment report, which indicates a loss of 20.5 million jobs and a current unemployment rate of 14.7%, may be the worst we experience during this recession, reflecting the most severe stage of the lockdown of the economy. As states begin to re-open and businesses adapt to a new normal with delivery services, virtual home tours, and drive-by document signing, the unemployment numbers should continue to improve. Certain industries, such as sports venues and hotels, may continue to suffer more significantly for the months ahead but restaurants and auto sales may start improving. 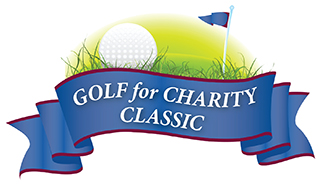 gradually re-open business operations, we believe the prudent move for our annual Golf For Charity Classic is to postpone that event to later in the year — now scheduled to be played on Monday, September 14 at Twin Creeks Country Club.

We recognize that nonprofit organizations have been greatly impacted now by the stay-at-home mandates and subsequent economic difficulties. Therefore, we will provide 50% of our expected tournament-generated contributions to our charities of choice now and the remaining contributions will be made in September at the event. We are also adding the Central Texas Food Bank to our list of beneficiaries this year in recognition of their extreme need created by the COVID-19 pandemic.

Tournament details will be finalized in the next couple of months and invitations will be distributed shortly thereafter.

Back to the COVID-19 Resources page.